how to build a site for free 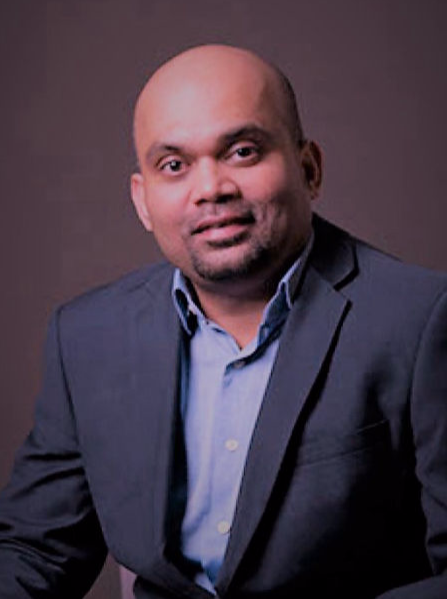 Dr Shanka Karunarathne completed advanced training in Respiratory and Sleep medicine at the Royal Adelaide Hospital and obtained his fellowship from Royal Australasian College of Physicians (FRACP) in 2012.
Then, he undertook a fellowship in Lung Cancer and Pleural Disease at Sir Charles Gairdner Hospital – Perth in 2013. Following that, Shanka undertook training in several international centres which allowed him to specialise in both Lung Cancer and Pleural disease, with a particular focus on advanced Bronchoscopic and complex Pleural procedures. This includes training within the St. Mariana Hospital (Japan), the National Cancer Centre (Japan), Aix – Marseille University Hospital (France). He trained in Rigid Bronchoscopy and other complex Bronchoscopic procedures at Thoraxklinik in Heidelberg (Germany).

Shanka completed a Master of Medicine (MMed) in Sleep Medicine from the University of Sydney.

Shanka is the Head of the Respiratory Department at NALHN and Director of Thoracic Procedure Unit and Lung cancer service. He is a senior Clinical Lecturer in The University of Adelaide.

He has ongoing involvement in Education, Research and Teaching in the fields of Respiratory, Sleep medicine and Interventional Pulmonology. He has presented his research projects at national and international conferences.

He provides care for patients with: 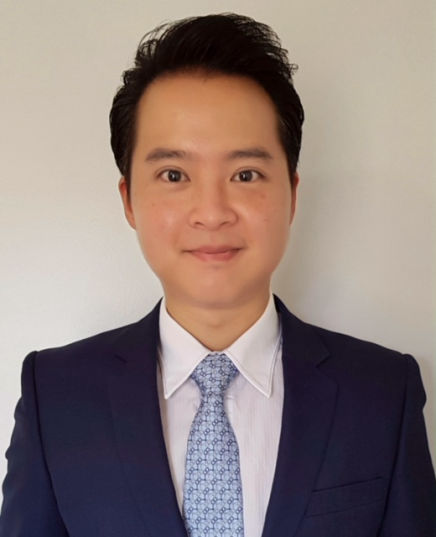 He moved to Australia from Thailand in 1996 and completed his medical training at the University of Melbourne (MBBS, BMedSci) in 2007. He spent his early years of physician training in Melbourne, Victoria, before gaining further experience in the Northern Territory and eventually moving to Flinders Medical Centre, where he was awarded dual FRACP in both General Medicine and Respiratory Medicine in 2017. He later completed his Sleep Medicine fellowship at Flinders Medical Centre the following year.
Dr. Kruavit is an active member of several national and international respiratory/sleep and internal medicine societies. He has several scientific publications and continues to be actively involved in research activity. His many interests include airways disease, pleural disease, lung cancer, interventional pulmonology, obstructive sleep apnoea and complex respiratory sleep disorders, obesity and metabolic syndrome and Indigenous health.
Dr. Kruavit has combined his training and is currently practicing as a Consultant Physician in both fields of General Medicine and Respiratory & Sleep Medicine. He is also involved in the Bariatric Management and Intervention program within the Southern Adelaide Local Health Network, and currently offers respiratory management service to Indigenous patients at Watto Purrunna Aboriginal Health Service. Apart from consulting at the Elizabeth Specialists Suite, he also manages inpatients at the Calvary Wakefield, Flinders Private and Stirling Hospitals. 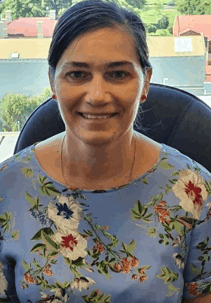 Dr Zoe D Scounos underwent her undergraduate training at the University of Adelaide and completed
the like in 1995. She completed specialty training in Respiratory and Sleep medicine at the nationally
and internationally acclaimed chest hospital, The Prince Charles Hospital, in Brisbane, Queensland.
Experience in all sub-specialties in Thoracic and Sleep medicine was obtained. In 2008, she was
awarded her fellowship with the Royal Australasian College of Physicians (FRACP).
This was followed by locum work as a Thoracic and Sleep Consultant within the Thoracic Department
of the Prince Charles Hospital combining private work at the Holy Spirit Northside Hospital on adjoining
campuses. Combined public and private work were had for 6 years before focusing on sole private
practice in the last 4 years. Over the last 10 years she maintained her clinical appointment as a Senior
Lecturer for the northside medical school of the University of Queensland, along with being an
associate partner in one of the largest and longest standing private sleep services of the state,
Queensland Sleep. Furthermore, in the last few years she pursued medico-legal work for asbestos
related lung/pleural disease.
Dr Zoe D Scounos relocated back to Adelaide in early 2019. She has joined with Elizabeth Specialists
Suites (ESS) in order to build on the service given her clinical interests. 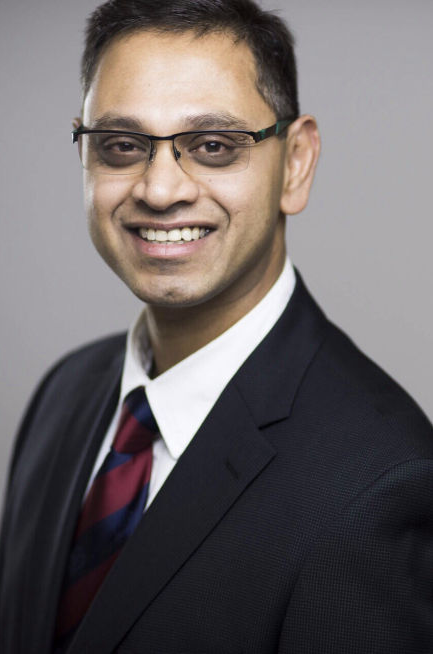 Dr. Ruberu is a general physician with training in geriatric medicine. He has strong interests in research, teaching and medical communication. He is a member of the American College of Physicians and Society for Neuroscience (USA). Dr. Ruberu holds the title of senior lecturer in clinical medicine at the University of Adelaide and the University of South Australia.His areas of interests include: 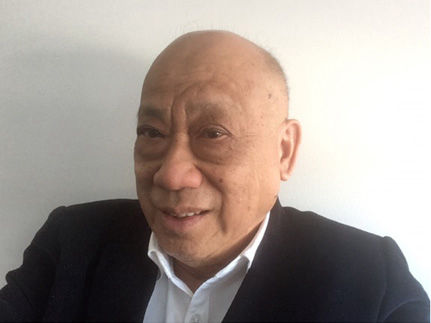 Francis graduated from the University of Adelaide in 1974, with high distinction. Soon after, he commenced his internship at the Royal Adelaide Hospital and then entered basic surgical training. In 1978, he commenced
his Orthopaedic Surgery training, based at the Royal Adelaide Hospital. Francis completed his Fellowship in 1982. That is also when he began as  visiting Orthopaedic Surgeon at the Lyell McEwin Hospital.

Francis has had the opportunity to visit many overseas Orthopaedic Centres of Excellence. He spent some time in Switzerland studying under Dr Werner Mueller (Switzerland) and Dr W Clancy (USA).

Francis has a strong interest in lower limb surgery, particularly disorders of the knee and naturally has extensive experience in upper and lower limb, spine, and trauma assessments. He also maintains his interest in general orthopaedic surgery. Francis continues his
professional development by attending local, national, and international educational meetings.

Apart from his clinical orthopaedic practice, Francis has significant medicolegal practice involvement in Adelaide and Melbourne. Francis understanding of cultural differences and cheerful and caring nature makes him very popular with patients. 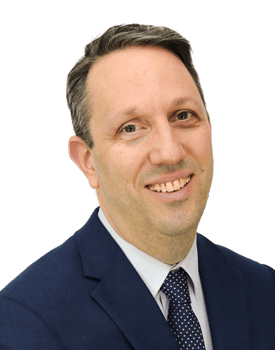 Dr Dandie's medical degree (BMBS) was obtained at Flinders University, graduating in 1998. After intern and resident years, he entered surgical training in Melbourne, based at Monash Medical Centre, and gained entry to advanced training in General Surgery in 2006. FRACS in General Surgery was awarded in 2010, and post fellowship training in UGI/HPB Surgery was undertaken at Box Hill Hospital (Eastern Health) in 2010 and 2011, followed by a final fellow year at Monash Medical Centre in 2012.

In 2013, Dr Dandie returned to Adelaide and took up a consultant post at Lyell McEwin Hospital. Since this time, he has been made Head of Unit for UGI/HPB Surgery, and commenced in private practice, operating at Calvary Adelaide Hospital and Calvary Central Districts Hospital. He also has an appointment at Flinders Medical Centre (SALHN), providing cancer and complex Upper GI services to patients from the northern suburbs in a large volume centre, with excellent outcomes. 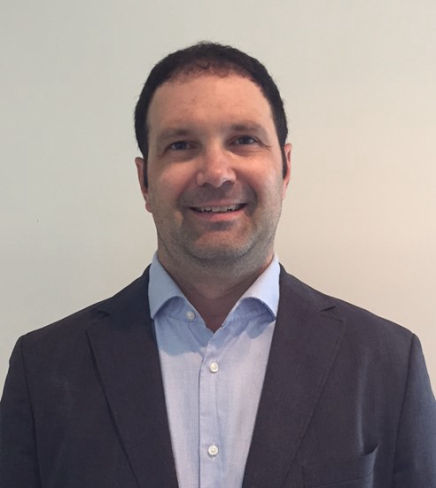 Dr Langton is a Respiratory and Sleep Medicine Physician. He was born in Canada and migrated to Australia in 2006 where he completed his Bachelor of Medicine and Bachelor of Surgery from Flinders Medical School in 2009. He attained his FRACP in 2018 after finishing Advanced Training in respiratory medicine, including a year with special interests in lung cancer and pleural diseases, at Flinders Medical Centre. He subsequently completed an interventional pulmonology fellowship at the BC Cancer Agency (BCCA) in Vancouver, Canada in 2019. Upon returning back to Adelaide, he completed a second fellowship in Sleep Medicine at the Royal Adelaide Hospital in 2020.

Don't hesitate to contact Elizabeth Specialist Suites.
We are ready to help you at any time.